Many people confuse changing our flag with becoming a republic.

But they’re clearly separate issues, as you can see in the chart I’ve compiled below.

(Actually, there are many more blue ensigns, if you include states and provinces that were once colonies, and the ensigns flown by dozens of state institutions.)

Of those 64 former colonies, all but 12 now feel independent enough to fly a national flag of their own design.

Some of these countries (Burma, Fiji, Ireland, Somalia, Yemen, Zimbabwe) did not join, have left, or have been suspended by the Commonwealth since  independence.

Others have become republics with their own heads of state.

But 15 remain constitutional monarchies within the Commonwealth, with the Queen as head of state.

Of these monarchies, 12 display no trace of the monarch’s home country on their flags.

You’ll see on this chart not only how stultifyingly unoriginal our flag is, but also how out of step we are in clinging to mother’s apron strings when mother abandoned us in the 70s to shack up with her neighbours. 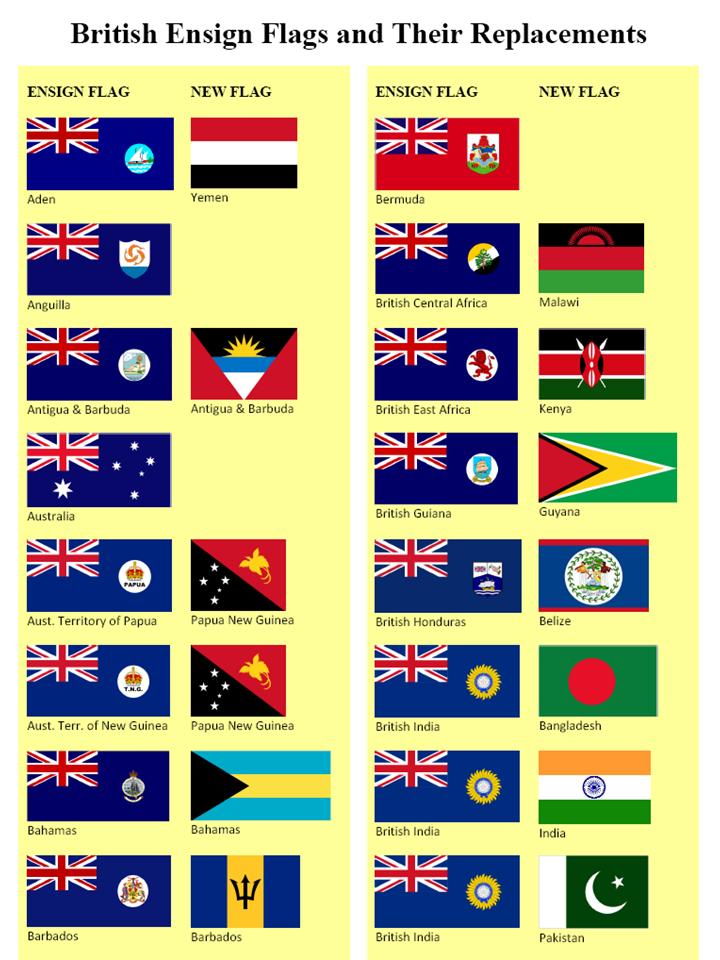 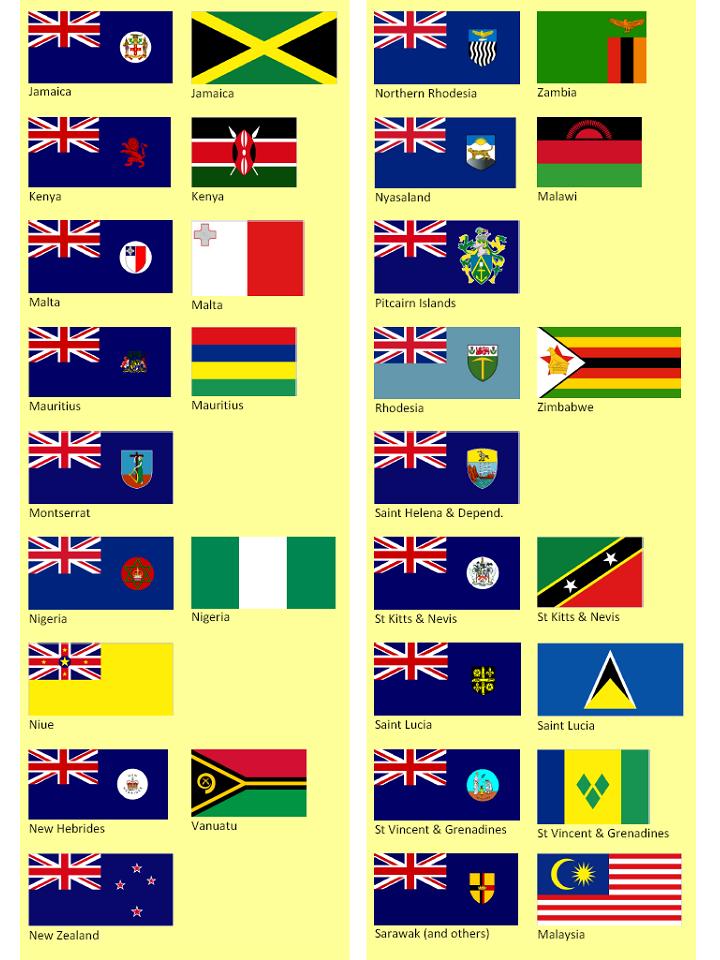 Omission: between Canada and Ceylon above should be this flag of the Cayman Islands. As Jim from the Caymans kindly pointed out in Comments  below, the Caymans still use an ensign flag – one of 14 countries to do so.

Oddly, despite their loyalty to the Union flag, only two of these countries – Australia and New Zealand – remain Commonwealth realms (in other words, have the Queen as head of state).

Of the 15 Commonwealth realms outside the UK that retain the Queen as head of state, only Australia, New Zealand and Tuvalu still fly an ensign flag.

The other 12, and the dates they adopted their new flags, are:

When you slice it up a different way, you see that for 22 of our Commonwealth cousins, a quirky inconsistency is the norm:

Only 3 countries (Australia, New Zealand and Tuvalu) have both.

I say if 12 countries can discard the Jack and keep the Queen, so can we.