It may not be his top priority, but Prime Minister John Key has confirmed  he’d like to see New Zealand adopt a silver fern flag.

Would it make a good second term issue, as he once suggested in Opposition?

With the media now stoking the debate, will we see our PM take a leaf out of Canadian PM Lester Pearson’s book by putting a leaf on his country’s flag?

Will John be prepared to face down audiences of angry old soldiers as Pearson did?

At least Key’s hecklers would be nodding nonagenarians rather than the fiery fortysomethings Pearson had to placate only 20 years after WWII.

(Mind you, Pearson was a Liberal, and didn’t have to defend his heretical leanings to a National Party conference.)

Good to have the top man onside as a fern fan. His design instincts are spot-on.

Kenneth Wang doesn’t think small. I guess if Mao Zedong’s army commander was my grandpa, I’d be fairly bold too.

So don’t be surprised if on Waitangi Day – one month from today – you see more than two flags flying above the Auckland Harbour Bridge.

And we hope you don’t mind if one of those flags is a little bigger than the other two.

You heard it here first.

If we can raise $20,000 by 20 January, Skybanners are going to make us a gigantic fern flag and chopper it all over Auckland.

If that doesn’t getting Kiwis talking about a new flag, we don’t know what will.

There are two pressing issues:

If you can help with the funds – or know anyone who can – email john@johnansell.co.nz ASAP. (Needless to say, if we don’t raise enough, you’ll get your money back.)

If you can’t send money but want to give us your view on which fern flag to fly, comment below.

Both Kenneth and I feel there’s not much point in a new flag that keeps bits of the old one as a bob each way. A proud nation doesn’t make a Declaration of Semi-Dependence.

In previous posts, I’ve done my best to do justice to my red-stars-on-blue and red-stars-on-black options. Let’s know if you still prefer one of those.

But in this post, I want to try to make the black option work for those of you who think a black flag is too sombre.

What about if we add some white or silver…

Unashamedly based on the Canadian flag, the world’s best. 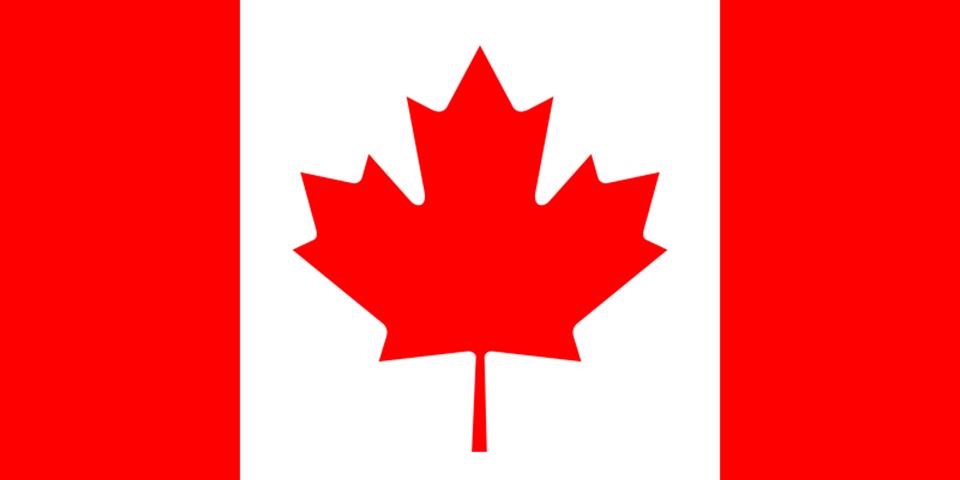 Before Canadian PM Lester Pearson led the charge for this beautiful maple leaf flag, former PM John Diefenbaker had this to say about it:

“The Pearson flag is a meaningless flag. There is no recognition of history; no indication of the existence of French and English Canada; the partnership of the races; no acknowledgement of history. It is a flag without a past, without history, without honour and without pride.”

As Canadians now know, if you’ve got the courage to make history, honour and pride follow in spades.

Just as some New Zealanders would sooner see a kiwi on our flag than a silver fern, plenty of Canadians wanted to bypass the maple leaf for a beaver! 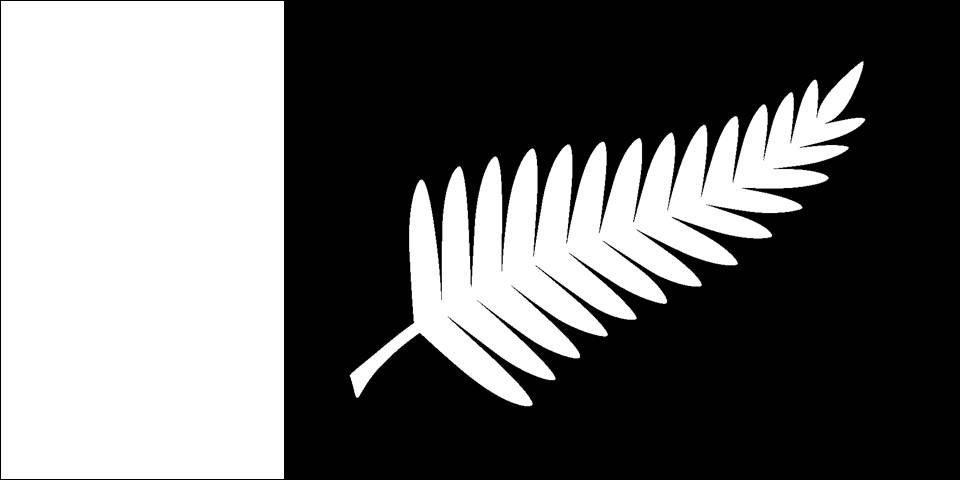 A good way to keep the fern big and still have some light relief. 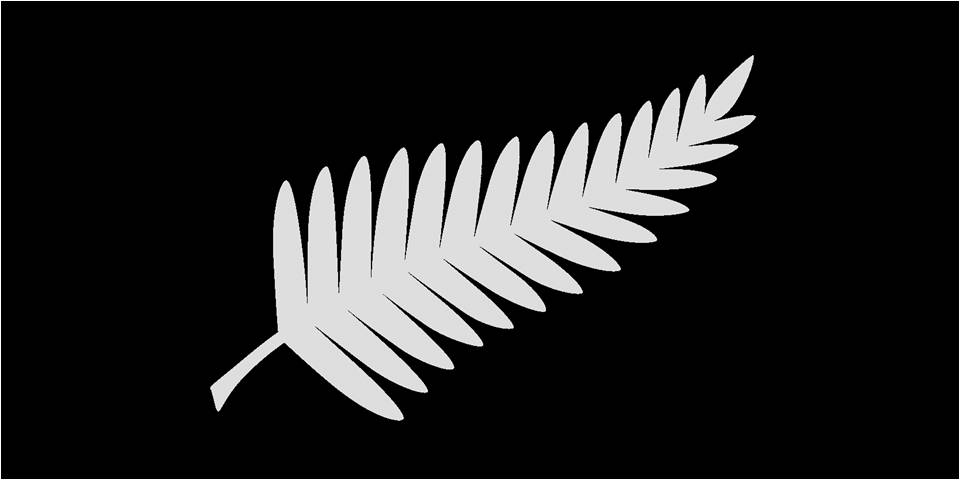 After all, in its natural state it is a silver fern, not a white fern. (Even the white fern is still called silver.)

White can make foreigners think ‘white feather’. But silver would be unique in the world of flags – a bold statement of a confident young nation.

I’ve had a shirt made with a silver silver fern on black, and it does look smart.

OK, do any of these options change your mind about a black flag?

Now a little about the heritage.

WHERE DO THE SILVER AND BLACK COME FROM?

The silver fern is the native ponga. It was chosen as an emblem in its white form by Joe Warbrick, captain and organiser of  the New Zealand Natives (Maori plus five pakeha) rugby team of 1888.

Warbrick, now a subject of a short film, was inspired by two Maori proverbs:

“Mate atu he toa ara mai he toa.”
“When one warrior dies, another arises.”

“Mate atu he tetakura ara mai he tetakura.”
“When one fern dies, another arises.”

Which does seem most apt for a game based on men supporting each other – not to mention an excellent  justification for a national emblem.

But why the black jersey?

The answer comes from All Black Tamati Ellison’s family, whose ancestor Tom was a star of  that Natives team.

More to the point, it was Tom Ellison’s idea in 1893 to make the  black jersey with silver fern the official New Zealand team uniform.

According to the Ellisons, Joe and Tom just thought black was the colour that would provide the best contrast with the white fern.

I can guess why Warbrick would have felt that way. You see, in 1884 he’d been in the first-ever New Zealand rugby team.

And that team played in blue jerseys with a gold fern.

We know that, because last year the one below (right) was loaned to the New Zealand Rugby Museum by the family of the team’s first try-scorer.

But you’d never know looking at the official team photo that there was a gold fern on the jersey, would you?

The 1884 rugby team in blue jerseys and (invisible?) gold fern.

Were these players having their ferns drycleaned that day? Or did the dark gold simply not show up against the blue?

The photo of the 1888 team below suggests he succeeded – and a tradition was born. 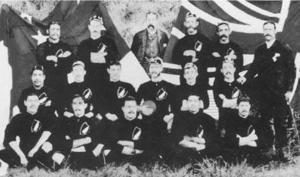 The 1888 Native team, now in black jerseys with white fern.

In the 121 years since, the silver fern has been ‘our maple leaf’, representing New Zealand in sporting and non-sporting fields alike.

It would be a shame if the anti-sport brigade were to veto its use on a flag solely on the grounds that it started life on the Natives’ rugby jersey.

Because, of course, it didn’t.

It started life in the ground – as a native of the New Zealand bush.